Returning to his remote community after graduating with a Bachelor of Pharmacy from Charles Sturt University (CSU),  Mr Lloyd Smith is now championing improved health and education in far west NSW.

Mr Smith, 25, grew up in Broken Hill where he now works as a manager for Outback Pharmacies, a group that owns a number of pharmacies in town and holds a philosophy of helping the community. He also holds a position as a pharmacy academic for the Broken Hill Department of Rural Health coordinating all academic requirements of student placements and managing student support.

“My role is split between my academic role and community pharmacy role,” Mr Smith said. “It’s a challenge to manage both roles but it’s also very rewarding. I work in three different pharmacies where I rotate with other managers. This gives me exposure to different pharmacies that range from 100 scripts to 500 scripts a day. It’s constantly changing.”

Mr Smith inherited a love for pharmacy but sees his role as more than just upholding tradition. 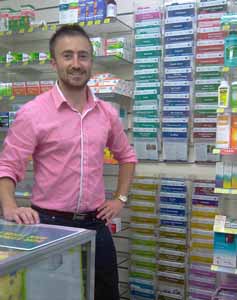 “Pharmacy for me was about being able to do something positive in the community,” he said. “My great-grandfather and grandfather were pharmacists in the area. I can see opportunities to do more than what people see as the traditional role of a pharmacist. I don’t just stay behind the counter, I engage in community education, talking to groups like Rotary and Legacy about medicines, health and general wellbeing. I’m finishing accreditation at the moment so my role will include some clinical and home medicine reviews and outreach pharmacy work. I recently went to my old high school to do an asthma education program but I also travel to remote areas like Wilcannia and Menindee to get involved in community activities.”

Currently enrolling in a PhD, Mr Smith still finds time to enjoy the unique location he lives in.

“I love water skiing. We definitely have plenty of water here with a lake system nearby. It’s a great lifestyle and you can do a hell a lot of things that you can’t do in a city. It’s professionally rewarding and I love that I can get out of bed 10 minutes before work to walk 30 metres down the road to my office.”

It’s not all fun and games though, with the hardships of living in a remote location evident.

“Broken Hill has only recently been knocked off the list as fattest place in Australia so there are a number of issues facing the community regarding diabetes. In Wilcannia life expectancy is among the worst in Australia and most third world countries at age 37. Out here we take on a team approach to care. I share an office with someone in primary health care and we collaborate with mental health services and other areas who are trying to achieve these bigger and broader health outcomes. It’s nice to be part of something where you’re trying to make a difference.”

Mr Smith goes on to say, “One of the hardest things, but also greatest things, is that you know everyone who walks into the Pharmacy. You build a great rapport with people and are on a first name basis with customers, but you also see some people struggle with their health and that’s always hard”.

As a pharmacist academic, Mr Smith hopes he can continue to make a difference in the community for as long as possible.

“I’ll always be a beers and barbeque bloke, but that’s part of being in Broken Hill.” 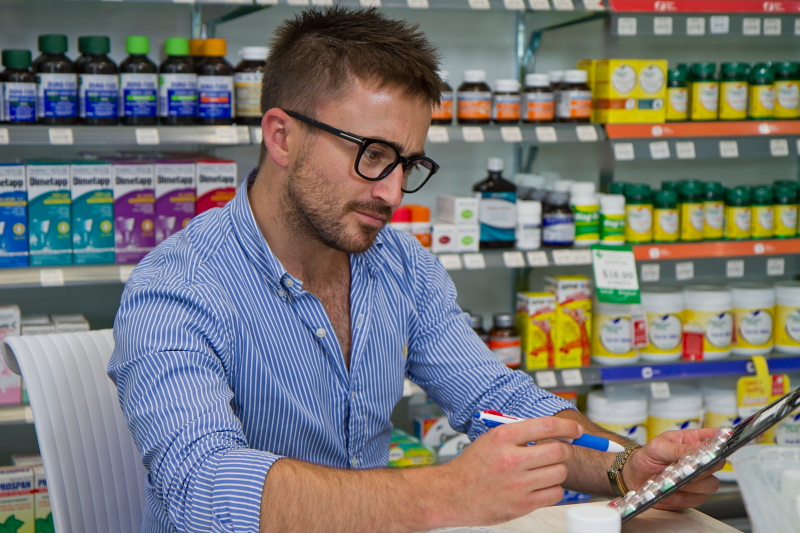