Helping schools harness the power of social media is all in a day’s work for international educator and consultant Peter Sutton.

Growing up in the Riverina, Peter studied his Diploma of General Primary Teaching at CSU in Bathurst before undertaking a teaching career that took him to Hong Kong and the United Arab Emirates.

Since returning to Australia, Peter has worked with more than 250 schools to help them minimise the risks of social media while building strong connections with their local communities.

Here, Peter explains how his new book, Social Remediation (co-written by his good friend, the late journalist Andrew Hughes), draws on his years of experience and reaffirms his love for education.

Helping schools harness the power of social media is all in a day’s work for international educator and consultant Peter Sutton.

Growing up in the Riverina, Peter studied his Diploma of General Primary Teaching at CSU in Bathurst before undertaking a teaching career that took him to Hong Kong and the United Arab Emirates.

Since returning to Australia, Peter has worked with more than 250 schools to help them minimise the risks of social media while building strong connections with their local communities.

Here, Peter explains how his new book, Social Remediation (co-written by his good friend, the late journalist Andrew Hughes), draws on his years of experience and reaffirms his love for education.

I was originally a Wagga Wagga boy. I grew up in and around Wagga, Coolamon and then Griffith before finishing off my (secondary) education in Newcastle.

I had started a degree at the University of Newcastle but it wasn’t a fit for me at all. So I started my Diploma of General Primary Teaching at Mitchell College in 1988. In my last year there we became Charles Sturt University.

It was just a good, homely, easy place to be. It was friendly, easy to access, easy to make new friends and new networks. I really liked the cosiness of it.

My best experience at CSU was having my mind opened up.

I remember that during our course a lot of different people were brought in [as guest speaker] to reflect culture and society at that point in time. There were probably a handful of people that really stood out for me and one was Linda Burney. I remember her speaking and I thought, “Oh wow!” She was a powerhouse.

The course instilled in me the idea that there’s a big wide world out there and I didn’t really know much about it.

About five years ago, we moved back to Bathurst after spending 14 years overseas.

My wife, Natalle, and I went overseas with two suitcases and $2000 and we came back with two kids, two containers and a very different outlook on life.

We spent time in the United Arab Emirates where I was principal in an Islamic school. Then we were in Hong Kong in private international schools for about 11 years. I can pin that (decision to go overseas) back to university. There’s a world out there - that was the best thing about that primary education course, it kind of put that right in front of you. My curiosity was piqued then and I just needed my wife to drag me over there, which she did.

I’m now a social media adviser/consultant. Essentially that involves helping organisations adopt social media in a positive way. My client base is about two thirds education and my focus is different from cyber bullying and cyber strategy. It’s more about what is the impact on organisations, how can they minimise their risk and put social to really good positive use.

It’s a hugely powerful medium and in the education sector especially, schools and universities and non-profits already have a captured audience, so it’s a fantastic way to engage.

I kind of just fell into it.

I was being a house husband for a little while when we returned from overseas and I had an idea. I thought there had to be some better way social media can be put to use. I trialled it with a school and a principal I knew from about 20 years ago and I spent a couple of weeks there.

Then I had a school approach me. It was a big public school that was being hit really hard with reputational issues and the principal and the leadership team took quite a gamble by allowing me to use them as my guinea pig. We worked up a framework and a whole lot of positive things came out of it. It changed teachers’ perceptions; it changed school leaders’ perceptions. We found that parents were ready, willing and able to engage really positively.

Traditionally in schools, the leadership team get a lot of the squeaky wheels and negativity.  They don’t really have a space where people say, “Gee you’ve done some amazing things”. That’s been the story coming out of a lot of the tough schools I work in.

And that’s kind of why I do what I do. It’s a mix of the old educator in me, a fascination of the technology and the drive to see something really good come out of this.

I’ve worked in deeply religious schools, in tough schools, in isolated schools, the most high-end, high profile international schools you could work in, plus councils and non-profits… I think the real driver is connecting with lots of different people and watching them tell their own stories and take control.

The book started as a throw-away line from my co-author, Andrew Hughes, over a bottle of wine. I was explaining to him the good, the bad and the ugly of the things I come across, and he said, ‘I think you’ve got a book’.

I laughed at him and we didn’t speak about it for a month. Then I rang him up and said, “I’ve got some accommodation booked in the Blue Mountains. Are you keen on doing the book?” and he said, “Yeah, I am”. So it’s been a fascinating journey in bringing all of those stories together in a coherent framework. 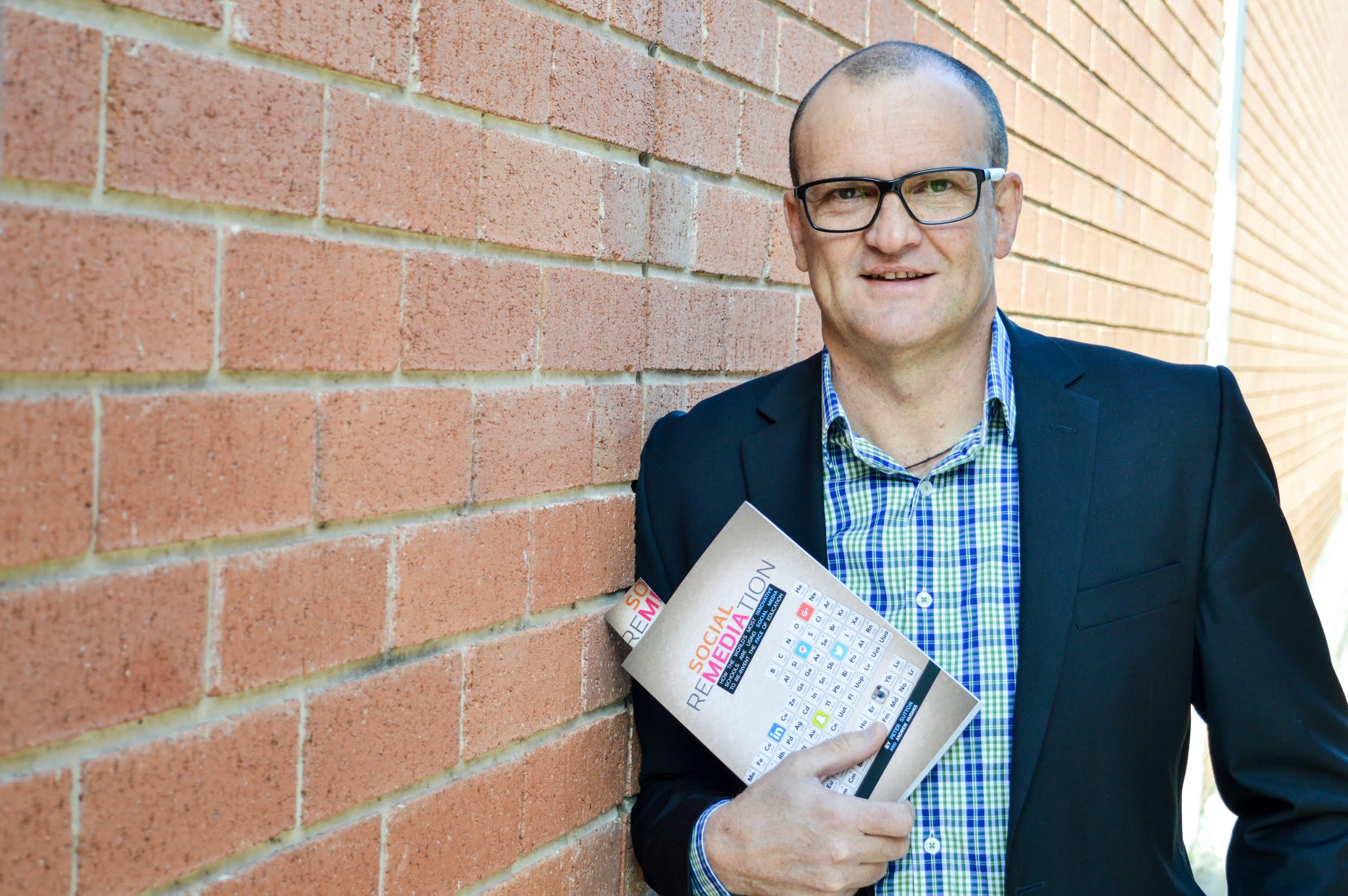 The process really strengthened me back into the education sector. I saw just how important it is that there’s a different voice outside sexting, nude selfies and cyber bullying. There’s now a voice that says to principals and school leaders and community, “You know what? You can come together in a very different way and it can be extremely positive.”

The book is split into two sections –the first half looks at the chaos and the impact that has on students, teachers and communities, and the second half looks at the curation of that chaos. That section brings in the framework that we’ve designed and used in schools.

Each of the 10 chapters starts out strong with a story and then we look at what could have been done differently.

There’s a sad edge to it the book’s release.

Andrew was killed in a motorcycle accident in March, on the day the first copies of the book arrived.

We’re immensely proud of it. It’s something close to us both. I’ve kind of fallen a little bit in and out of love with it given what’s happened in the last six months. But it is a great reference and I think it will make a huge difference.

The book has really anchored me in the education sector.

I know schools don’t have to have their reputations smashed in the media and the public eye when something goes awry. Every time I see this happen, I cringe and think, “There’s a different way around that”.

Whatever project I’m working on, the thing that connects them all is bringing the human spirit together. I love watching people come together and celebrate online. I have a little saying, “A good online conversation builds a bridge to an even better face to face conversation” and I see that happen all the time.